Two artist research awards were announced at the opening of Legato at the Wallace Gallery.

Merv Appleton is the first recipient of the Legato residential research award. Merv was awarded this opportunity for his contribution to Legato in Cassino 2010 and for his empathy and generosity to veterans in New Zealand. 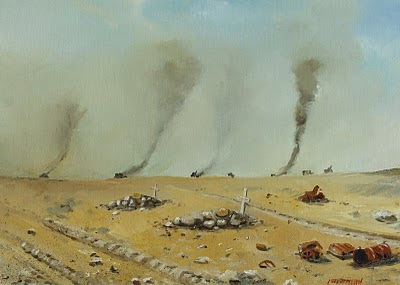 The 2011 award goes to Regan Balzer (click for video link). Regan will travel to Cassino in May 2011 where she will be the featured artist for Legato, Italy, 2011. Regan's paintings honour the Maori Battalion in particular. Regan's invitation to make works for Cassino was the direct result of a request to me from the people of Cassino to see work by a Maori artist. Memories of the Armed Services Maori Culture Group performance in Cassino in 2004 for the 60th anniversary of the Battle of Cassino are strong.

I selected Regan because her personal research was very much in accord with social areas that concern us today, and could be considered to be a direct result of the losses suffered by New Zealand as a nation during WWII. Regan is currently developing works that explore the loss of potential leaders for Maori. One of my personal aims for Legato is to raise consciousness of some of the social issues that have impacted on societies even as far away as New Zealand as a direct result of our involvement in war.

Regan also writes: "...in regards to Legato, my great grandfather (Aubrey Balzer) is one of the last surviving officers of the Maori Battalion. He has told me many stories about his time with my grandfather and his younger brother in Italy during the WWII and remembers everything like it was yesterday. His younger brother died at Sangro River. It would be an honour to be able to represent on behalf of my grandfather and his brothers, by being involved in Legato. It would also be perfect timing for me in terms of my own work and having pieces that will be informed and relevant to the Legato exhibition".

The Legato Research Awards offer the selected artist three weeks accommodation for two in an historic village near Cassino, guided battlefield tours and access to an artist studio.
Posted by Kay at 06:35 1 comment: 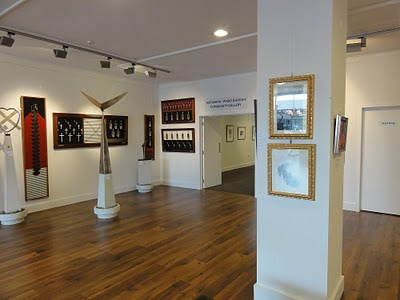 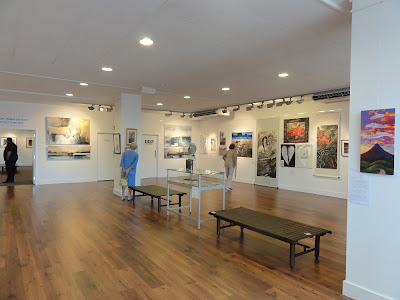 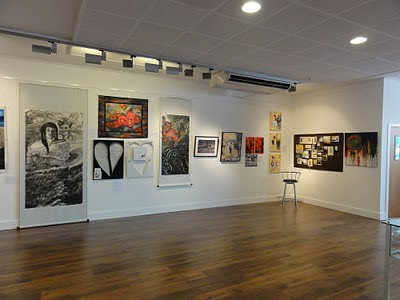 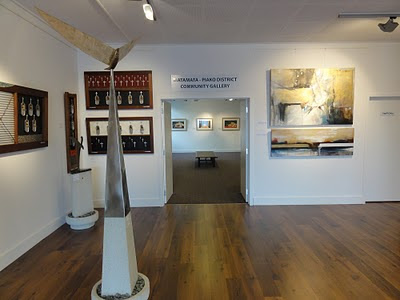 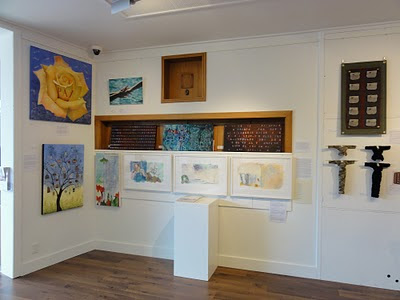 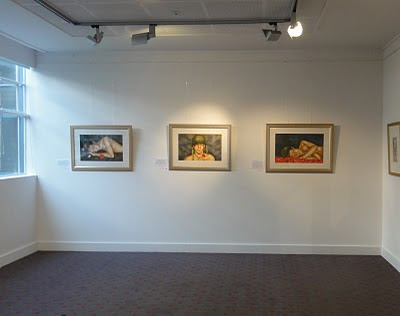 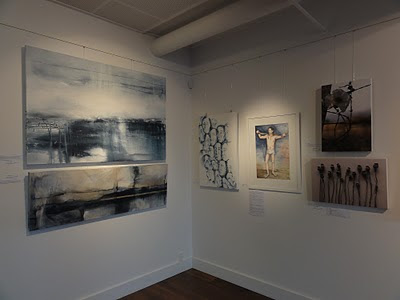 The Wallace Gallery is the venue for the 2011 New Zealand exhibition of Legato. The Gala Opening (click here for link) was held on Friday 18th February and was enjoyed by a "full house" of enthusiastic visitors. The exhibition fills the Main Gallery and Legato works by Morrinsville born Sarah Scott spill over into the Matamata - Piako District Community Gallery.

The curator's presentation in the Wallace Arts Trust Gallery outlined the background to Legato and the future plans for its growth. Photographs and explanations gave further insight into selected pieces and the talk included an indepth look at works which remain in the permanent collection in Italy or which have been retained to show again in Cassino 2011.

An evening of live Italian music was provided by Alison Ham of Papamoa (keyboard) and Garry Osborn of Tauranga (clarinet). Service clubs and volunteers served canapes and drinks and all three adjoining galleries were used for the evening. Extra seating was provided by service clubs and sports clubs to accommodate all the guests in the adjoining Wallace Gallery for the presentation. This was concluded with the viewing of Nicola Blackmore's "Legato at Cassino".

Guests from the Italy Star Association saw a different presentation which included more photos of Cassino and the surrounding area on the Saturday.

The exhibition continues in its present form until 16th March. Gallery director Charlotte Giblin and her assistants are available to discuss the works. Curator Kay de Lautour has returned to Italy to finalise details for Legato (Cassino) 2011.
Posted by Kay at 23:43 2 comments: